Douglas Skelton on ‘The Buddy System’ 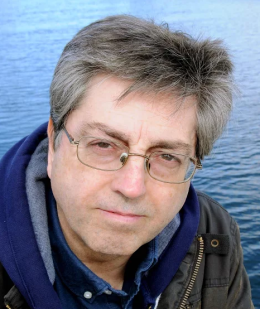 McIlvanney Prize longlister Douglas Skelton wrote a blog for us about the importance of sidekicks in crime writing, or, as he calls it, ‘the buddy system’.

Holmes had his Watson, Sexton Blake had Tinker (before Lovejoy inherited him), Poirot had Captain Hastings, Nero Wolfe had Archie, Batman had Robin.

I am, of course, talking sidekicks. The assistant.

Generally speaking, the pal was there mostly to allow the incisive mind of the sleuth to show off. (‘Holmes, you astound me!’) He, or very occasionally, she, was a foil, perhaps even acted as a muse – or simply to amuse. (Step forward Nigel Bruce.) Sometimes, they might handle the rough stuff. (‘Do you have your service revolver, Watson?’)

But it’s all changed now. The sidekick has grown up and tends to be far more hands-on than before, not just in handling the action but in actually solving the crime.

As a Scot I like to think the notion of the buddy system was created by Arthur Conan Doyle, but really it goes back to Edgar Allan Poe and ‘The Murders in the Rue Morgue’. Dupin had a chum. He wasn’t named and it was more or less a bit part, but Dupin needed to show off his ratiocination to someone.

However, it was Doyle who really ran with the sidekick. Or rather, walked at a sedate pace. I don’t see Holmes as much of a runner, despite Mr Cumberbatch’s efforts. Not to mention the energetic Peter Cushing.

There followed an endless stream of super-smart detectives expounding to an all-agog associate. Charlie Chan to Number One Son, Morse to Lewis, Columbo to, well, anyone he was about to collar.

In modern crime fiction the tradition continues, although the inaccurate image of Nigel Bruce’s bumbling Watson has transformed, perhaps most noticeably in TV’s ‘Elementary’ in which the character is not only Holmes’ equal but a woman to boot.

Robert Crais’s Joe Pike is partners with Elvis Cole, but the sidekick role in this duo is interchangeable.

Similarly, John Connolly’s Charlie Parker can call on Louis and Angel when the going gets tough and he needs the tough to get going. But Parker’s more than capable himself.

The point is, nowadays they’re not so much sidekicks as a collaborators. The central protagonist may have to go it alone on occasion or as part of a team.

But he or she will never get by without his pals.

Douglas will be at Bloody Scotland this year in Scotland the Grave on Saturday 10th September, 12:15pm. His book Open Wounds is longlisted for this year’s McIlvanney Prize.