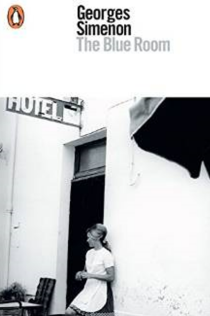 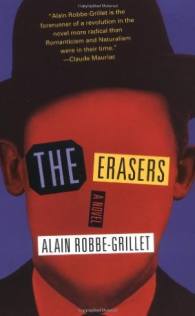 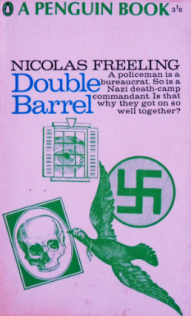 The latest blog from The Booktrail:

Out of all the Bloody Scotland panels taking place this year, the title of this panel really excited me. It isn’t about writers banished from their homelands, in some literary sort of prison, but writers who have chosen to set books in foreign lands.

Well, I do like a bit of this on the booktrail and so I couldn’t resist taking a closer look at the places mentioned. Hamburg, Iceland and France. A trio of travelling temptation.

Step aboard the plane and off we go…

Horror in Hamburg (on Booktrail)

Hamburg – Craig Russell is the creator of the Jan Fabel novels set in Hamburg. Both himself and his character are very interesting people. Craig, for example, speaks both German and English and has a strong interest in post-war German history. He won the Scottish Crime Novel of the Year at 2015’s Bloody Scotland so the man has form. Good form.

Jan Fabel is also hardcore – he’s an Erster Kriminalhauptkommissar (Principal Chief Commissar), and is head of the Mordkommission (Murder Squad) of the Hamburg Police. He’s a rare and exciting mix of cultures: half-Scottish, half-German and like his creator, is very keen on history. He was even a historian before becoming a policeman.

It’s the Hamburg twist with the German historical background that roots Jan Fabel in a very evocative and revealing time and place.

Intrigue in Iceland (on Booktrail)

You don’t want to cross Michael Ridpath – he is known for his Fire and Ice series. Both will burn you in different ways. Iceland-born, Boston-raised homicide detective Magnus Jonson is the perfect mix of cultures.

The landscape and culture of Iceland is evoked in many intricate ways. In ‘Where the Shadows Lie’ you’re introduced to the famous Sagas and the magic of Tolkein’s legacy. In ‘66 Degrees North’ there’s the chill of the Iceland financial crisis to tackle. Book three ‘Meltwater’ clouds you in the mystery and the smut of the erupting volcano Eyjafjallajökull. ‘Sea of Stone’ transports you back to the volcano and to a small farm outside of Bjarnarhöfn. This is the small town with a Shark Museum in real life! Now that is quite a tour of one country in only four novels. I can’t imagine where he’ll take us for book five.

The French Kiss of Death (on Booktrail)

2016 Man Booker longlister Greame Macrae Burnet’s first book The Disappearance of Adèle Bedeau is set in a small French town on the French – Swiss border. Saint Louis in Alsace is described as ‘non descript’ and more of a transit town in the novel.

Manfred Baumann lives there and is a bit of a loner. He is awkward in almost all social occasions and so spends much of his time on his own watching a waitress, Adèle Bedeau, at the local bar. When she goes missing, Manfred’s life also changes. A missing person in a small town causes unwanted attention to come calling.

Rural France is evoked with style here – the timelessness of Saint Louis contrasts with the unfolding drama. A man living there on both the edge of society and the edge of rural France, ensures that the location mirrors the drama and reflects the sense of an outsider looking in.

So going into Exile means Horror in Hamburg, Intrigue in Iceland and a French Kiss of death in France. All forensically examined in the Scottish city of Stirling.

Get your tickets to Writing in Exile: September 11th, 1:30pm

This is the fourth post of the Booktrail blog takeover for a series of posts exploring where setting shapes a number of novels from authors attending Bloody Scotland this year.