View all books on the longlist on Waterstones’ website

You can also click on the covers to purchase the books from Waterstones. 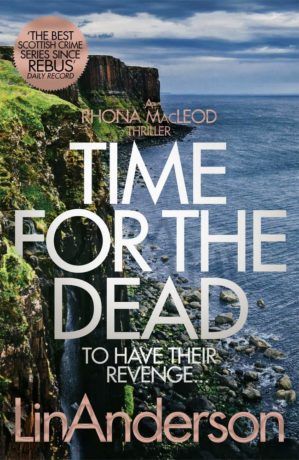 Time for the Dead by Lin Anderson

When forensic scientist Rhona MacLeod returns to her roots on Scotland’s Isle of Skye, a chance encounter in the woods behind a nearby activities centre leads her to what seems to be a crime scene, but without a victim. Could this be linked to a group of army medics, who visited the centre while on leave from Afghanistan and can no longer be located on the island? 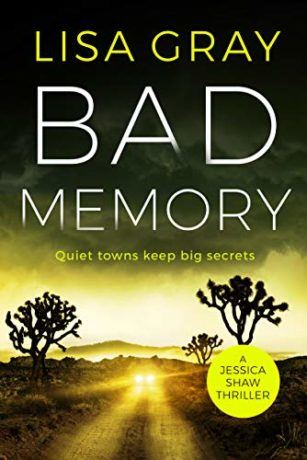 Private investigator Jessica Shaw is leading a quiet life in a Californian desert community, where she spends her days working low-level cases. But when a former resident asks Jessica to help her sister, Rue Hunter—a convicted murderer whose execution is days away—Jessica can’t resist the offer. 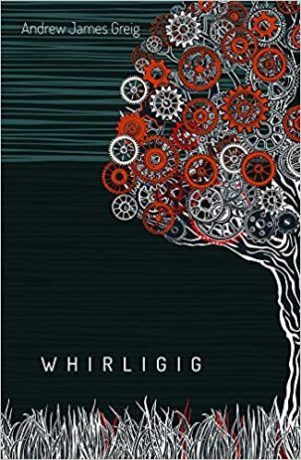 Just outside a sleepy Highland town, a gamekeeper is found hanging lifeless from a tree. The local police investigate an apparent suicide, only to find he’s been snared as efficiently as the rabbit suspended beside him.

As the body count rises, the desperate hunt is on to find the murderer before any more people die. But the town doesn’t give up its secrets easily, and who makes the intricate clockwork mechanisms carved from bone and wood found at each crime? 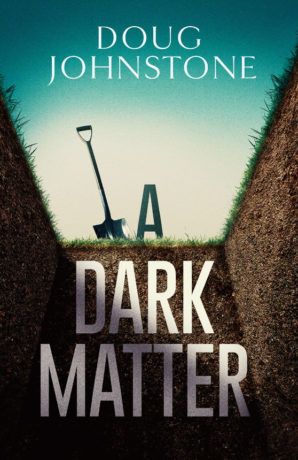 A Dark Matter by Doug Johnstone

Three generations of women from the Skelfs family take over the family funeral-home and PI businesses in the first book of a taut, page-turning and darkly funny new series.

Meet the Skelfs: well-known Edinburgh family, proprietors of a long-established funeral-home business, and private investigators… When patriarch Jim dies, it’s left to his wife Dorothy, daughter Jenny and granddaughter Hannah to take charge of both businesses, kicking off an unexpected series of events. 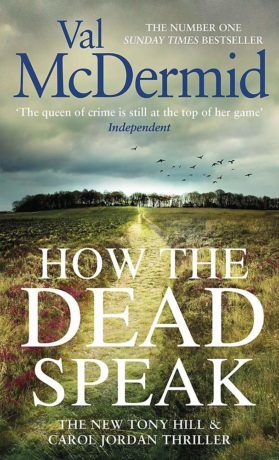 How the Dead Speak by Val McDermid

After an explosive case that forced Tony Hill and Carol Jordan to reassess everything they thought they knew about right and wrong, both are dealing with the fallout in their own separate ways. While Tony must pay the price for his actions, Carol is conducting investigations into suspected miscarriages of justice.

But when a shocking discovery is made on a construction site, and skeletal remains are found to belong to a killer who is supposedly alive and in prison, suddenly, Tony and Carol are brought into each other’s orbit once again… 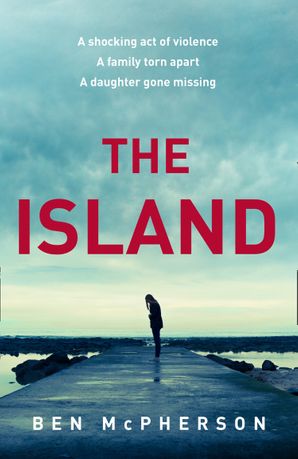 The Island by Ben McPherson

A shocking act of violence…
It should have been the safest place on earth. A summer camp for teens, on a beautiful island off the coast of Oslo. But what started out as a haven becomes hell on earth as two men start shooting.

A family torn apart…
With Norway in shock, the families gather, desperately hoping their children have survived. Some have their prayers answered. Some must confront their worst nightmare. But for one family, this is just the beginning…

A daughter gone missing…
Cal and Elsa’s daughter Licia was on the island that day. But the police can find no trace of her – dead or alive. Stuck in limbo, Cal and Elsa delve into their daughter’s life. The secrets they uncover are shocking. But they still don’t know – did Licia survive the shooting? Or is she gone forever? 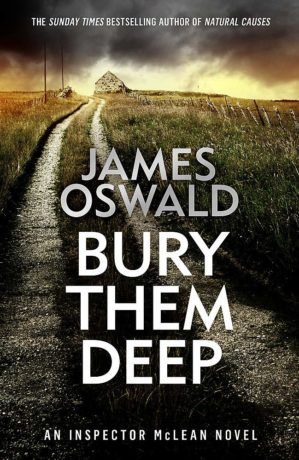 Bury Them Deep by James Oswald

When a member of the Police Scotland team fails to clock-in for work, concern for her whereabouts is immediate… and the discovery of her burnt-out car in remote woodland to the south of Edinburgh sets off a desperate search for the missing woman.

Meanwhile, DCI Tony McLean and the team are preparing for a major anti-corruption operation – one which may raise the ire of more than a few powerful people in the city. Is Anya Renfrew’s disappearance a co-incidence or related to the case? 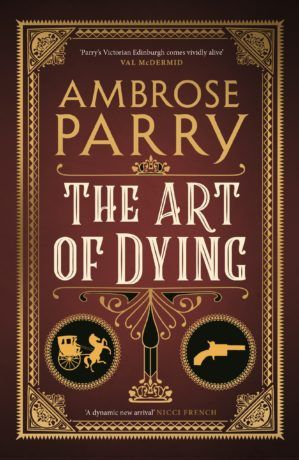 The Art of Dying by Ambrose Parry

Despite being at the forefront of modern medicine, hordes of patients are dying all across the city, with doctors finding their remedies powerless. But it is not just the deaths that dismay the esteemed Dr James Simpson – a whispering campaign seeks to blame him for the death of a patient in suspicious circumstances.

Simpson’s protege Will Raven and former housemaid Sarah Fisher are determined to clear their patron’s name. But with Raven battling against the dark side of his own nature, and Sarah endeavouring to expand her own medical knowledge beyond what society deems acceptable for a woman, the pair struggle to understand the cause of the deaths.

Will and Sarah must unite and plunge into Edinburgh’s deadliest streets to clear Simpson’s name. But soon they discover that the true cause of these deaths has evaded suspicion purely because it is so unthinkable. 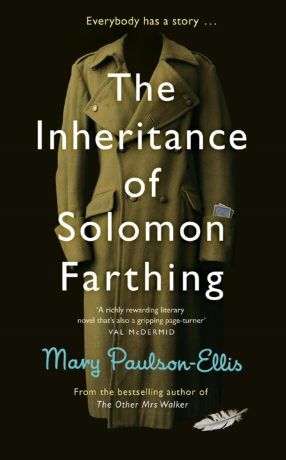 The Inheritence of Solomon Farthing

Solomon knew that he had one advantage. A pawn ticket belonging to a dead man tucked into his top pocket – the only clue to the truth…

An old soldier dies alone in his Edinburgh nursing home. No known relatives, and no Will to enact. Just a pawn ticket found amongst his belongings, and fifty thousand pounds in used notes sewn into the lining of his burial suit…

Heir Hunter, Solomon Farthing – down on his luck, until, perhaps, now – is tipped off on this unexplained fortune. Armed with only the deceased’s name and the crumpled pawn ticket, he must find the dead man’s closest living relative if he is to get a cut of this much-needed cash.

But in trawling through the deceased’s family tree, Solomon uncovers a mystery that goes back to 1918 and a group of eleven soldiers abandoned in a farmhouse billet in France in the weeks leading up to the armistice. 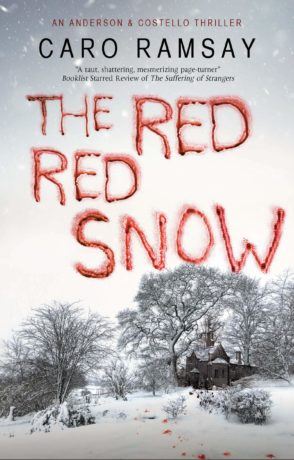 Called to investigate the bloodstained aftermath of an eventful Christmas party, detectives Anderson & Costello discover that the holiday season can be anything but merry.

Two bodies are discovered at a cottage in a remote highland glen: one in the kitchen; the other sprawled outside in the snow. The killer would appear to have arrived and left without leaving a trace, not even a footprint in the snow. As the snow piles higher, detectives Anderson and Costello put their wits to solving a seemingly impossible crime. 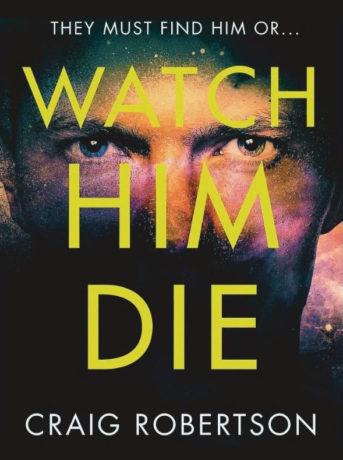 Watch Him Die by Craig Robertson

The LAPD find a man dead at home. Nothing suggests foul-play but elements of the victim’s house show that something is deeply wrong.

Meanwhile, in Glasgow, DI Rachel Narey is searching for a missing young woman – and the man she suspects of killing her.

When a feed broadcasting the slow and painful death of a final victim is discovered, these two cases become linked. 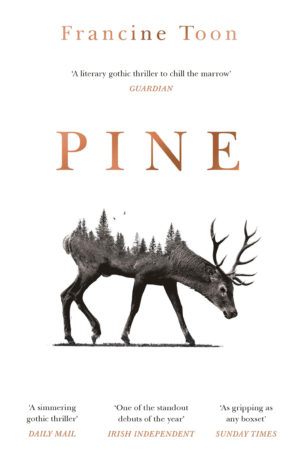 They are driving home from the search party when they see her. The trees are coarse and tall in the winter light, standing like men. Lauren and her father Niall live alone in the Highlands, in a small village surrounded by pine forest. When a woman stumbles out onto the road one Halloween night, Niall drives her back to their house in his pickup. In the morning, she’s gone.

In a community where daughters rebel, men quietly rage, and drinking is a means of forgetting, mysteries like these are not out of the ordinary. The trapper found hanging with the dead animals for two weeks. Locked doors and stone circles. The disappearance of Lauren’s mother a decade ago. Lauren looks for answers in her tarot cards, hoping she might one day be able to read her father’s turbulent mind. Neighbours know more than they let on, but when local teenager Ann-Marie goes missing it’s no longer clear who she can trust.