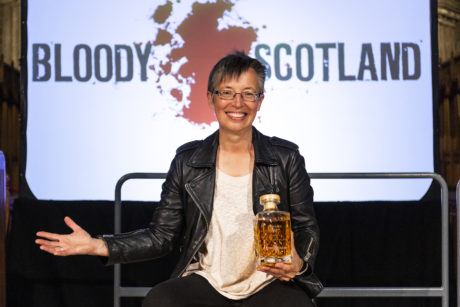 Manda Scott, winner of the McIlvanney Prize photographed in the Church of the Holy Rude at Bloody Scotland, Scotland’s International Crime Writing Festival in Stirling on the 20/09/2019.
Paul Reich

The McIlvanney Prize is Bloody Scotland’s annual prize awarded to the best Scottish Crime book of the year.

It provides Scottish crime writing with recognition and aims to raise the profile and prestige of the genre as a whole.

Scottish roots are a must for competition applications: authors must either be born in Scotland, live there or set their books there. Winners receive a cheque for £1,000.

The prize was renamed in memory of William McIlvanney, often described as the Godfather of Tartan Noir, in 2016.

Find out more about
The McIlvanney Prize 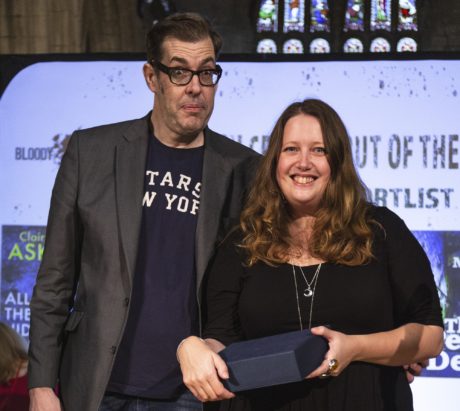 Presenter Richard Osman and the Bloody Scotland Scottish Crime Debut Of The Year winner Claire Askew photographed at The Church Of The Holy Rude for Bloody Scotland, Scotland’s International Crime Writing Festival in Stirling on the 20/09/2019.
Paul Reich

In 2019 Bloody Scotland introduced a new prize to recognise the quality in new talent blossoming within crime writing – the Scottish Crime Debut of the Year.

Similar to the McIlvanney Prize, Scottish roots are a must, either being born in Scotland, living there, or setting their books there.

Judged by members of the Bloody Scotland board, the winner is awarded a cheque of £500.

In 2019, the inaugural winner was Claire Askew for All The Hidden Truths.

Find out more about
The Scottish Crime Debut Prize