In 2019 Bloody Scotland introduced a new prize to recognise the quality in new talent blossoming within crime writing – the Scottish Crime Debut of the Year.

Similar to the McIlvanney Prize, Scottish roots are a must, either being born in Scotland, living there, or setting their books there.

Judged by members of the Bloody Scotland board, the winner is awarded a cheque of £500.

In 2019, the inaugural winner was Claire Askew for All The Hidden Truths. 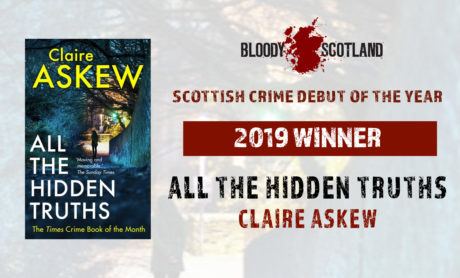 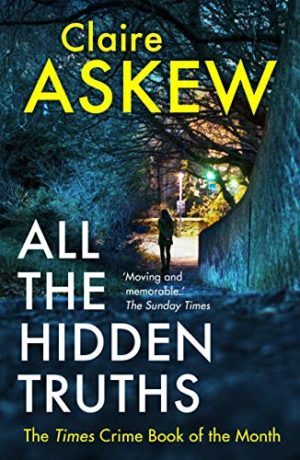 In the aftermath of a tragedy, the world needs an explanation.

In Edinburgh, after the Three Rivers College shooting, some things are clear.

No one can say why.

For three women the lack of answers is unbearable: DI Helen Birch, the detective charged with solving the case. Ishbel, the mother of the first victim, struggling to cope with her grief. And Moira, mother of the killer, who needs to understand what happened to her son.

But as people search for someone to blame, the truth seems to vanish…

Buy All The Hidden Truths from Waterstones 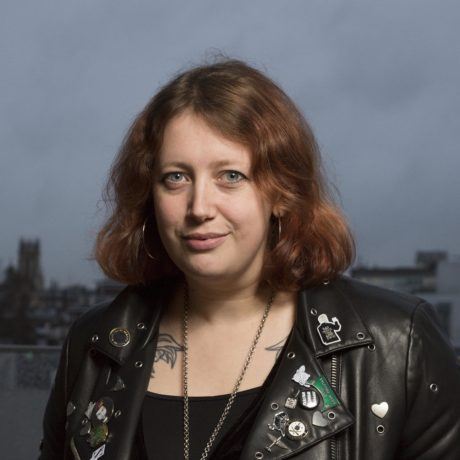 Claire Askew is a poet, novelist and the current Writer in Residence at the University of Edinburgh. Her debut novel in progress was the winner of the 2016 Lucy Cavendish Fiction Prize, and longlisted for the 2014 Peggy Chapman-Andrews (Bridport) Novel Award. Claire holds a PhD in Creative Writing from the University of Edinburgh and has won a variety of accolades for her work, including the Jessie Kesson Fellowship and a Scottish Book Trust New Writers Award. 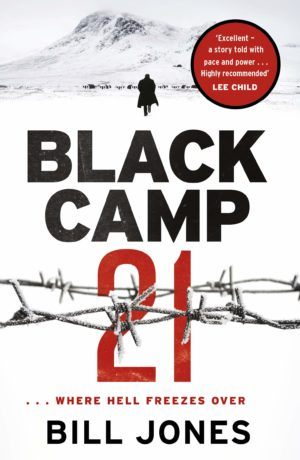 All over Britain, POW camps are filling up with defeated German soldiers. Every day, thousands more pour in on ships from France. But only the most dangerous are sent to Camp 21 – `black’ prisoners – SS diehards who’ve sworn death before surrender. Nothing will stop their war, unless it’s a bullet.

As one fanatic plots a mass breakout and glorious march on London, Max Hartmann dreams of the oath he pledged to the teenage bride he scarcely knows and the child he’s never met. Where do his loyalties really lie? To Hitler or to the life he left behind in the bombed ruins of his homeland?

Beneath the wintry mountains, in the hell of Black Camp 21, suspicion and fear swirl around like the endless snow. And while the Reich crumbles – and his brutal companions plan their assault – Max’s toughest battle is only just beginning.

Inspired by terrifying actual events, Black Camp 21 takes readers on a gut-wrenching journey from the battlefields of France to its shocking climax in a camp which still stands today. 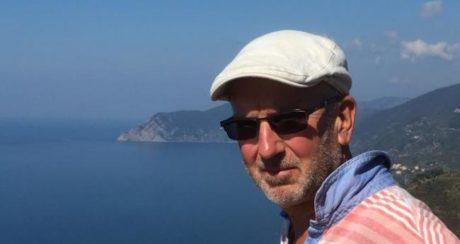 Bill Jones was born in Bridlington and currently lives in Ampleforth, North Yorkshire. He was a journalist before joining Granada Television in Manchester in the 1980s where he worked on hundreds of documentaries for the BBC, ITV, Channel 4 and many others. After thirty years in broadcasting, he turned to a career in writing. His first biography, The Ghost Runner, was shortlisted for the William Hill Award and won him The Times Best New Writer in the 2012 British Sports Book Awards. 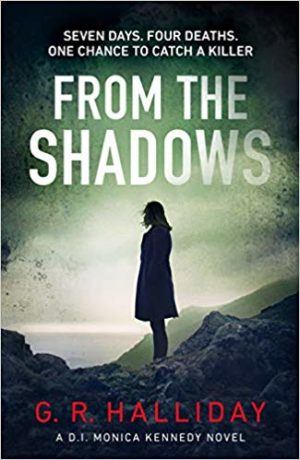 Seven days. Four deaths. One chance to catch a killer. Sixteen-year-old Robert arrives home late. Without a word to his dad, he goes up to his bedroom. Robert is never seen alive again. A body is soon found on the coast of the Scottish Highlands. Detective Inspector Monica Kennedy stands by the victim in this starkly beautiful and remote landscape. Instinct tells her the case won’t begin and end with this one death. Meanwhile, Inverness-based social worker Michael Bach is worried about one of his clients whose last correspondence was a single ambiguous text message; Nichol Morgan has been missing for seven days. As Monica is faced with catching a murderer who has been meticulously watching and waiting, Michael keeps searching for Nichol, desperate to find him before the killer claims another victim.

Buy From the Shadows from Waterstones 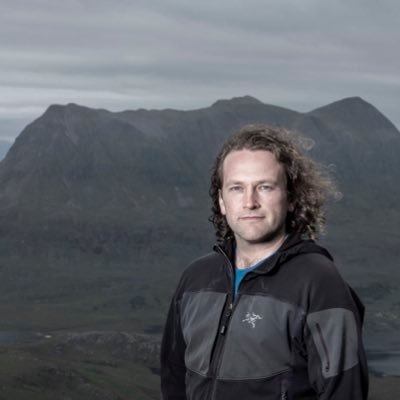 G.R. Halliday was born in Edinburgh and grew up near Stirling in Scotland. He spent his childhood obsessing over the unexplained mysteries his father investigated, which has proved excellent inspiration for From the Shadows. He now lives in the rural Highlands outside of Inverness, where he is able to pursue his favourite pastimes of mountain climbing and swimming in the sea, before returning home to his band of semi-feral cats. 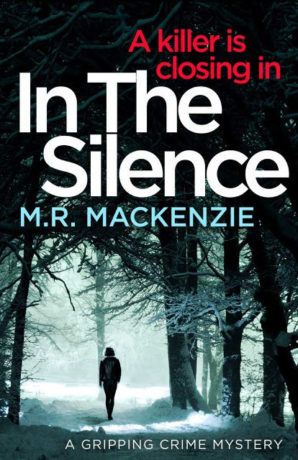 Anna hasn’t set foot in Glasgow for ten years. And for very good reasons… When Anna, a criminology lecturer, does return to Glasgow from Rome, during the coldest winter in memory, tragedy strikes. While out with her best friend from school, Anna has a chance encounter with a former flame, Andrew, and later that night discovers Andrew stabbed and dying on a blanket of snow. Soon Anna finds herself at the centre of the investigation as the star witness for the police, and embarks on investigating the case herself. But Anna doesn’t realise the danger she is in and soon finds herself in trouble. When another body shows up, who has links to the first victim, it appears that the motive may lie buried in the past. As Anna gets closer to the truth, the killer starts closing in. But can she solve the gruesome mystery before the killer strikes again?

Buy In The Silence from Waterstones 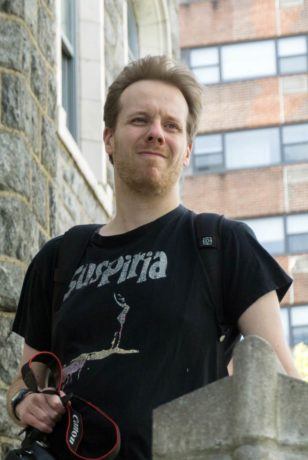 M.R. Mackenzie was born and lives in Glasgow, Scotland. He studied at Glasgow University and has a PhD in Film Studies. In 2016, he contributed a chapter on the Italian giallo film to Cult Cinema: An Arrow Video Companion. 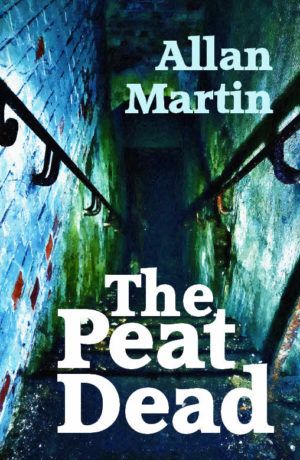 On the Scottish Hebridean Island of Islay, five corpses are dug up by a peat-cutter. All of them have been shot in the back of the head, execution style.

Sent across from the mainland to investigate, Inspector Angus Blue and his team slowly piece together the little evidence they have, and discover the men were killed on a wartime base, over 70 years ago.

But there are still secrets worth protecting, and even killing for.

Who can Inspector Blue trust?

Buy The Peat Dead from Waterstones 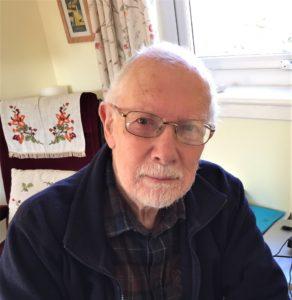 Allan Martin worked as a teacher, teacher-trainer and university lecturer, and only turned to writing fiction after taking early retirement.

He lives in Glasgow and with his wife regularly visits the Hebrides and Estonia.

He has had several short stories published, notably in iScot magazine and 404 Ink magazine. He has also translated from Estonian a ‘closed-room’ mystery, The Oracle, originally published in 1937.