Who is Sam Alexander? 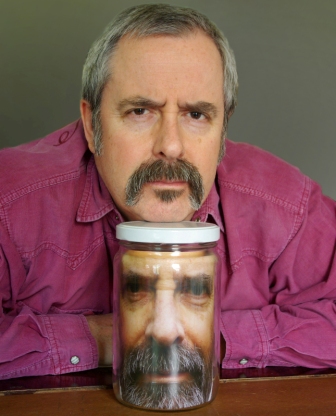 Bloody Scotland will be hosting Sam Alexander aka Paul Johnston at an exclusive event during Book Week Scotland 2014 in November.

As Scotland’s International Festival of Crime Writing, Bloody Scotland are proud to support an international author from Scotland and his publisher Arcadia Books who have created quite a stir around the author’s mysterious identity. Paul is a seasoned hand at crime thriller writing and his first Sam Alexander novel, set in the North of England, represents a new direction in his writing career. Carnal Acts has garnered glowing reviews with a new approach to the police procedural novel. We look forward to hosting Paul in November.

How do you get a completely brilliant book noticed when you don’t have an author?

We put our faith in the crime community, and reckoned they’d all have a go at working out who the author might be. We weren’t disappointed. Everyone from avid readers, crime festival-goers and reviewers to big-name authors themselves joined in to guess #WhoIsSamAlexander, and our twitter feeds have been completely eclipsed with suggestions (3000+) – much to the amusement (and sometimes horror or pride) of our author. The excitement caught the eye of the amazing Bloody Scotland team, who have supported us non-stop throughout this campaign. And the book is attracting fabulous reviews, with more to come.

Paul Johnston will be well known to most seasoned crime folk, and is a stunning author to follow if you are new to the game or just love great crime, as we do. He’s appeared on over 200 panels at festivals during the past few years, his ‘Quint Dalrymple’ series won a CWA Dagger, his ‘Mavros’ series (highly praised by Jeffery Deaver, Peter Robinson and Mark Billingham, amongst others) won the Sherlock Award for Best Detective novel, while his Matt Wells series was shortlisted for the Barry Award.

We loved the opportunity to ‘launch’ Paul as Sam Alexander, and believe that he has pushed himself to new limits, finding a new voice, a splendid new sub-genre (Northumbrian Noir), and some believable, identifiable and highly individual protagonists that had the Twitter community almost completely split between identifying Sam as male or female.

The very exciting news is that the sequel to Carnal Acts will appear next year and, hot on its heels, a brand-new Mavros title, for which we’ve just acquired the rights! There have been many weeks of feverish activity on the Twitter front, and we are so grateful to everyone who has taken part. Let it be known that two twitteratis guessed the identity in the last couple of days, and rumour has it that they might be written into the plot of the Carnal Acts sequel (out July 2015).

A Message from Paul Johnston:

On this historic day, my nom de plume and I would like to wish all our subjects a bloody good, bloody carnal read, with appropriate acts to follow. No, really, it’s been incredible how much interest there’s been in the campaign – well done to the superb Arcadia Books – and I’m, I mean we’re, very grateful to everyone who tweeted suggestions, though maybe not the person who came up with Jeffrey Archer. To think that our writing could bear comparison with that of Kate Atkinson, Ian MacEwan, Val McDermid, Irvine Welsh, AL Kennedy … not to mention – oh go on then, we will – JK Rowling. We hope people who haven’t yet read Carnal Acts will do so very promptly. After all, we know your Twitter handles … Thanks in abundance and remember: According to Shakespeare, “All your acts are queens.” No, we don’t know what he was on about either. Sam/Paul

I share a love of Greece with Sam, or Paul as we must now call him, I guess.  My great friend in Athens, the journalist Vivienne Nilan, introduced me to the Mavros series a few years back and I became hooked.  Mavros is humane, cultured and half Scottish, yet the novels are gripping page-turners. And they cover Greek politics and contemporary history in a way that Greece’s greatest crime export Petros Markaris cannot, because Paul is uncovering the country for outsiders (and now Greeks, too, as the series is published in Greek).  So imagine my absolute pleasure when Paul offered us his latest departure by Sam Alexander – and now another Alexander and a new Mavros.