Xabia Negra or Crime on the Costa

A blog from Bloody Scotland board member Gordon Brown about his trip to Xabia Negra, a noir festival in Spain.

November the 4th 2017. Where were you? Was the sun streaming in the window? Was the temperature a pleasant eighteen degrees? Cloudless sky? Gentle breeze? Shorts on?

Last year Alexandra Sokoloff, Craig Robertson and myself attended Xabia Negra, a Spanish festival celebrating all things ‘noir’. Taking place over a long weekend, the festival is a small but perfectly formed gem of an event set in the old town of Xabia. Xabia is located on the northern Costa Blanca. If you pull out a map of Spain, find Ibiza and draw a straight line to the coast you’ll find it. We were there as part of a reciprocal arrangement with Bloody Scotland.

Over the summer I’d had a few conversations with the local council in Xabia over our potential participation in Xabia Negra. Easier said than done with my lack of Spanish, but an agreement was reached and myself and two authors were invited to appear at the festival. 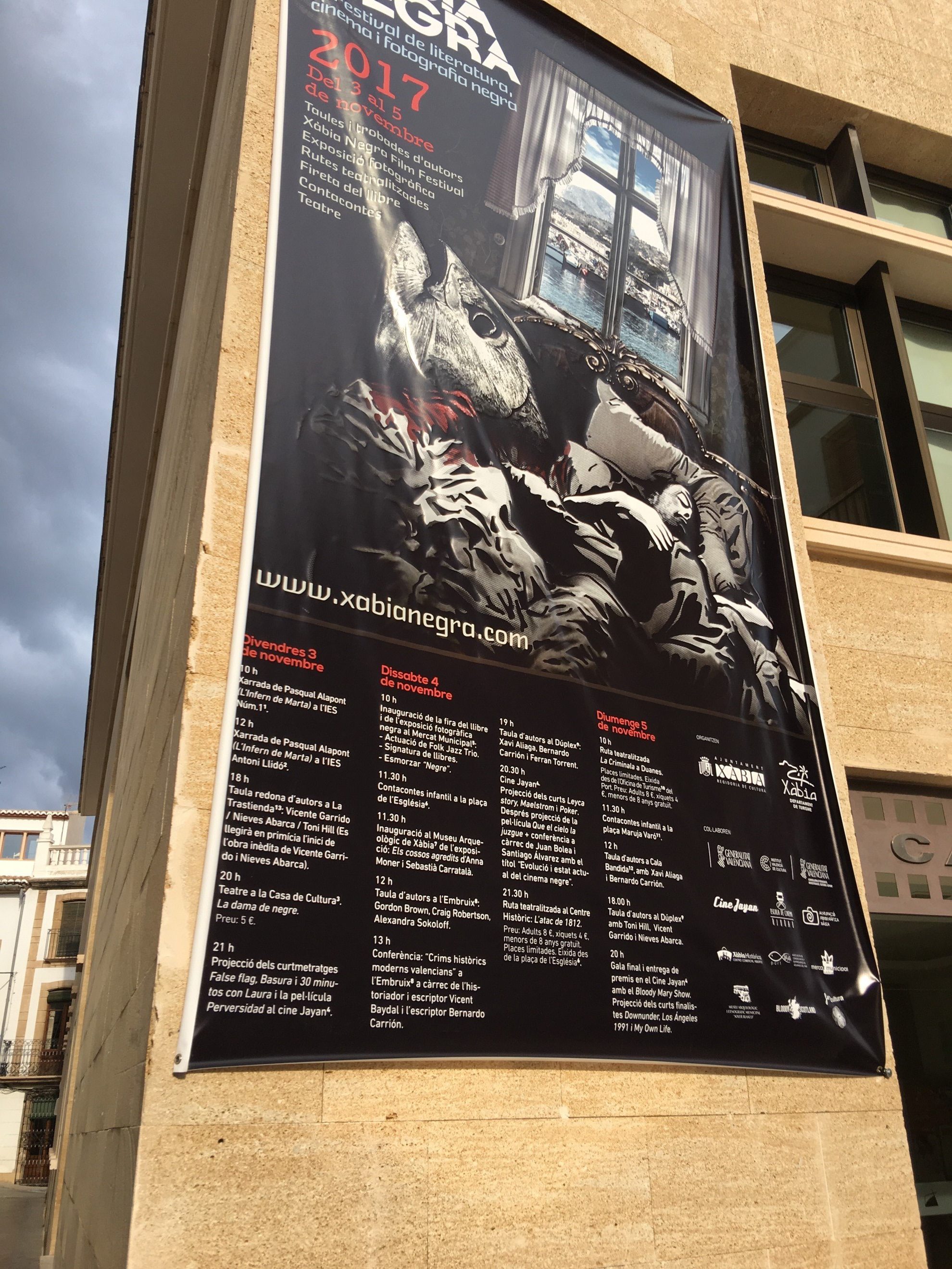 The ultra-cool festival poster – if you look hard you will see our names on there.

The festival covers the full gambit of noir; film, poetry, plays, photography and, of course, books. Understandably the event schedule is populated with Spanish writers and filmmakers. We were the English-speaking cohort; Alex from the USA and myself and Craig from Scotland. Most of the other events were in Spanish or Valencian. With Alex’s Sothern Califronian roots she had a slight advantage over Craig and I on the language front. Regardless, we couldn’t have been made more welcome. The launch night was held in a small wine bar (where else would you hold it?) and I managed to get one photo of us all (and my wife). 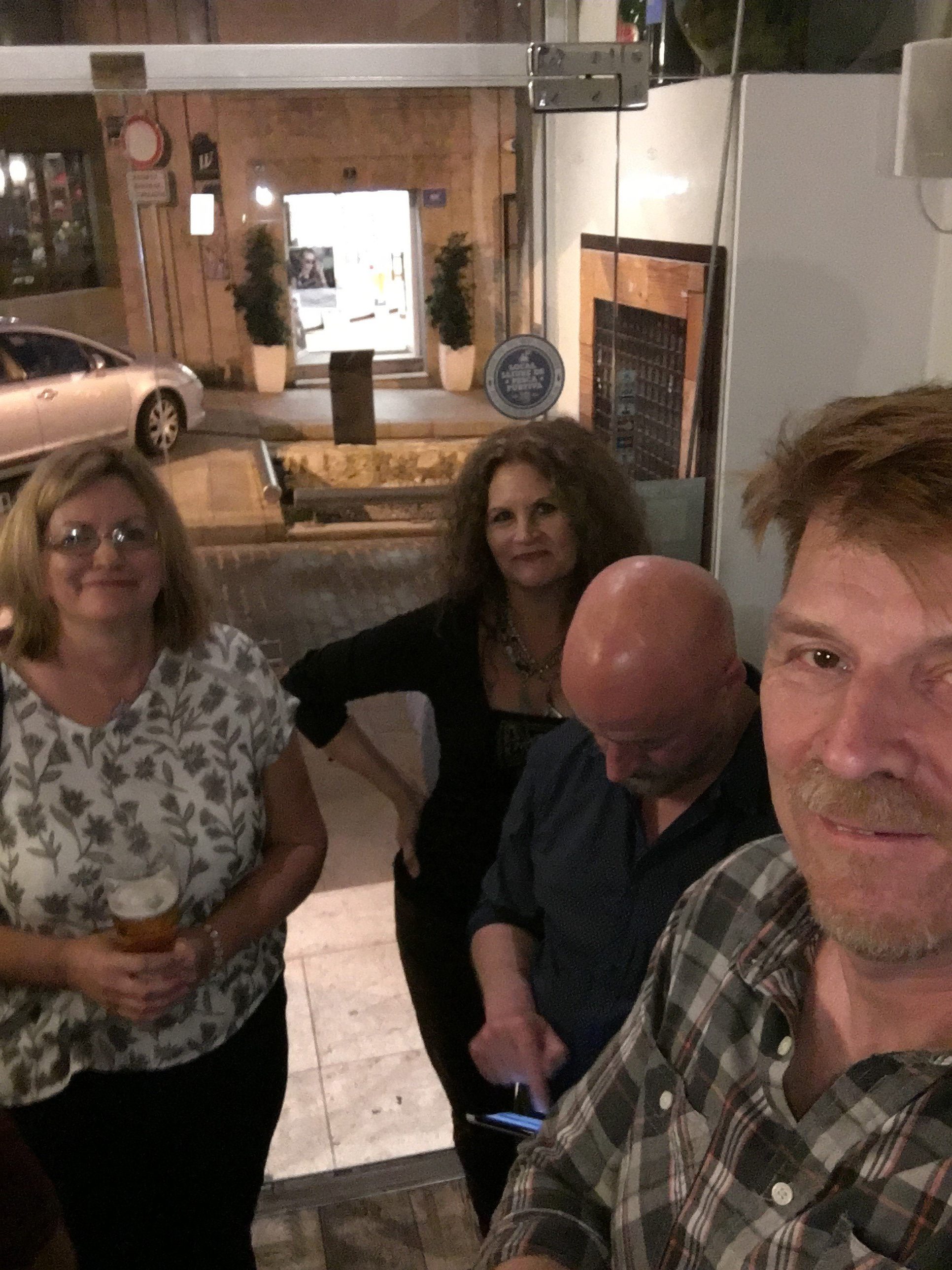 My wife, Alex, Craig and myself at the launch. You’d have to ask Craig what he was doing on the phone. 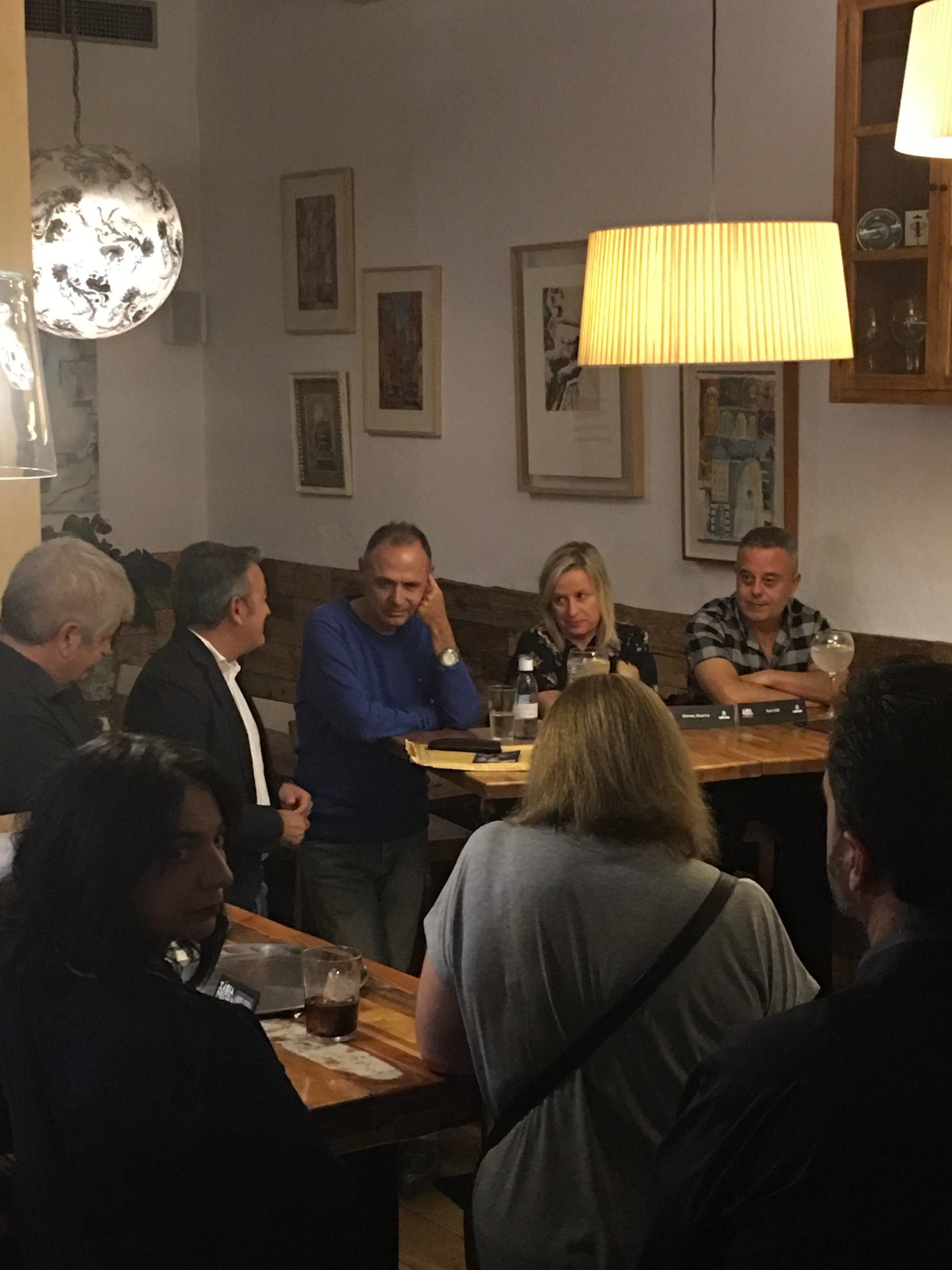 Our panel was on the Saturday at midday and, to be fair, we weren’t quite sure who would come along. Xabia and its’ surrounds has a high UK ex-pat population but the festival was primarily aimed at the local Spanish residents. Earlier in the morning, at an event held in the local market, Alex managed to find us a translator willing to step in at the last minute.

Our panel was held in the basement of Embruix, a gorgeous tapas restaurant located in the centre of the old town. We arrived early to set up but, with ten minutes to go, people were thin on the ground (my wife being the sole audience member). Then the flood-gates opened and in came the attendees. We needn’t have worried on language. Although there was a mix of locals and visitors they all agreed that we should conduct the whole thing in English. The session was interactive and the questions from the audience insightful and provocative. Once it was all over we did the only sensible thing and retired to the bar. 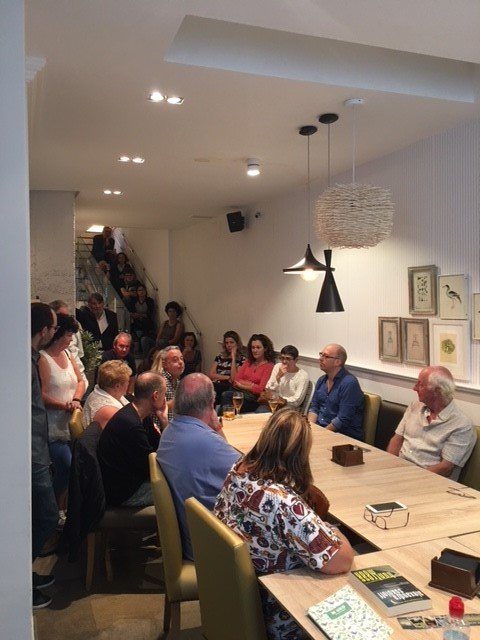 Standing room only at our panel. 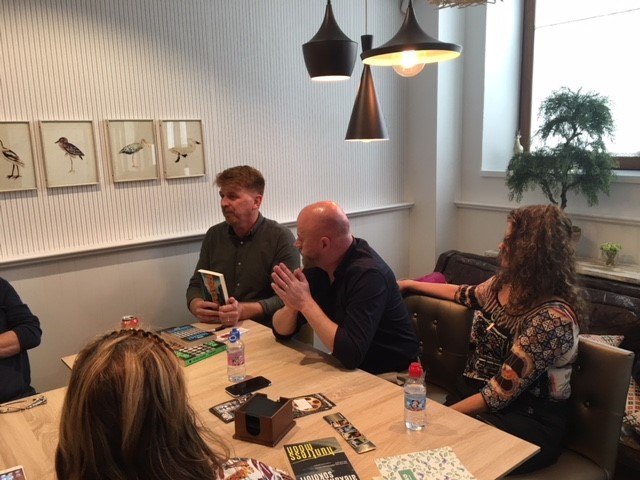 Me talking too much, while Craig and Alex look on in despair.

The finale to the festival was held on the Sunday night at the local cinema. This turned out to be an eclectic event. For two hours awards were handed out for film, photography and books. Plays were conducted on stage, speeches given and short films shown. At the end of the evening we were introduced to the mayor who invited us to make a return in 2018. After all that we, em, retired to the pub. 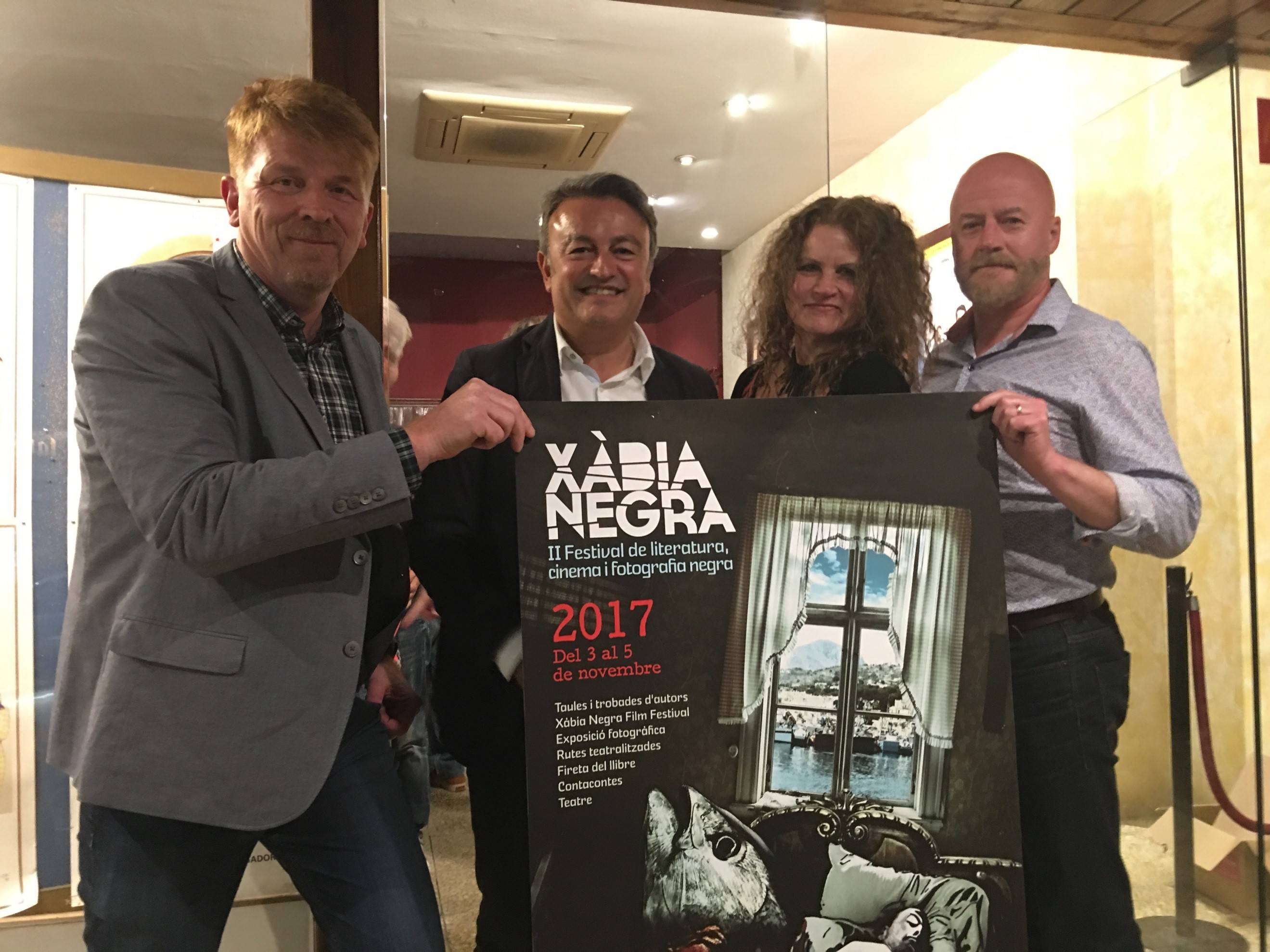 Alex, Craig, myself and the major outside the cinema.

I’m currently chatting to Xabia Negra about our return in 2018 and I’m also delighted to say that we have a Spanish author at this year’s Bloody Scotland, Teresa Solana.

I also need to say a huge thanks to Jose Vicente Miralles who organised the festival and was kind enough to invite us.

Here’s to some many more years of crime in the sun. 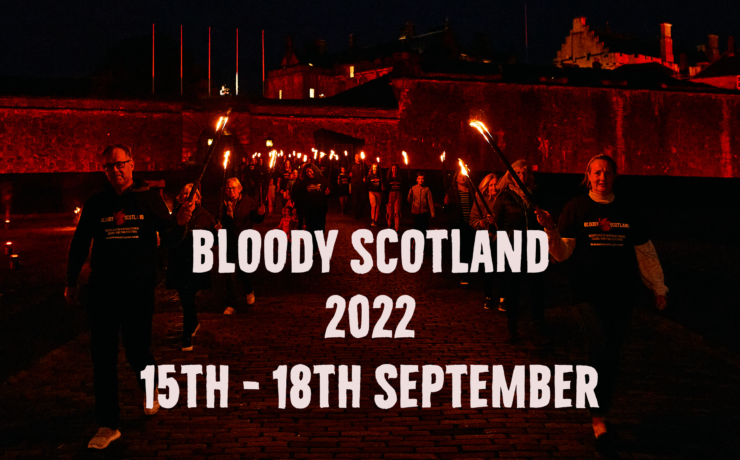