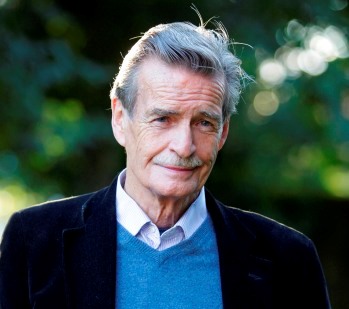 We are delighted to announce a late addition to our programme. William McIlvanney, the ‘father of Tartan Noir’, will be joining the line-up at Bloody Scotland this year.

The veteran author, whose 1977 novel Laidlaw is widely considered to be first example of the Tartan Noir school of Scottish crime writing, will share the stage with Parker  Bilal, in an event at the Stirling Highland Hotel at 5.30pm on Saturday 20 September.

Buy tickets to this event

This event is in addition to McIlvanney’s previously announced appearance on the panel of the Sunday Herald and Bloody Scotland Independence Debate, also on Saturday 20.

Catriona McPherson, author of the popular Dandy Gilver novel series, will join Bloody Scotland founder and award-winning crime writer Lin Anderson and Icelandic author Yrsa Sigurðardóttir to discuss The Female in Crime Fiction, which looks at the ways female writers and protagonists have conquered the world of crime writing. This event is in association with Glasgow Women’s Library , is at 3.15pm on Saturday 20 September in the Stirling Highland Hotel.

Buy tickets to The Female in Crime Writing: with Glasgow Women’s Library.

Martyn Waites and Michael J. Malone will replace Kevin Sampson in a discussion with Luca Veste. This event is also at 5.30pm in the Stirling Highland Hotel on Saturday 20 September.