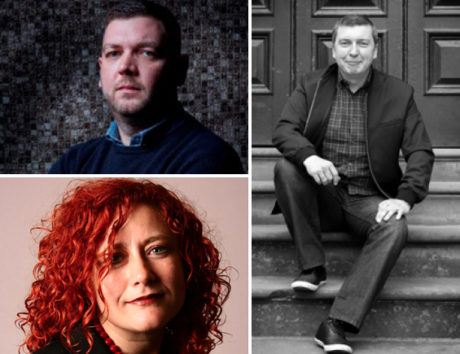 There are some traces of some great literary footsteps in the North East – Ann Cleeves, Mari Hannah and L J Ross who all plot and kill with the stunning Northumberland hills, Hadrian’s Wall and the North Sea crashing along the rugged coastline.

But what other criminally good places can you visit ‘Up North’. An old mining town would be good for some mystery of the past to come back to haunt the present wouldn’t it? What about a city built on industry and pride? A city which gave us Hornby trains and Meccano as well as the most well know singers of their time? 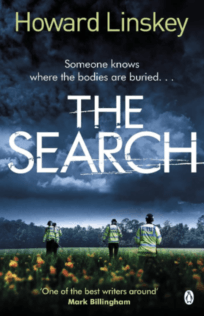 Howard Linskey is your culprit for this footprint. He’s written seven novels set in  the North East, with Durham being his main hunting ground.

In his most recent novel, The Search, a girl goes missing in County Durham and the serial killer behind bars, the prime suspect in the case, is dying and now claims to want to tell the truth. But about what?

Howard’s book No Name Lane was set in a mining town and the mystery was set against a town with a faded past and buried secrets. It also lovingly highlights the Northern humour and dry wit; when describing a marriage and relationships with their ups and downs  for example: 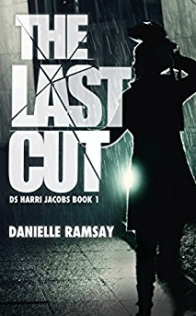 The mean streets of Newcastle are in on display as Danielle Ramsay splashes her colours of the city onto an easel with tears and slashes on the canvas.

This is no pretty picture but it’s a compelling one.  It certainly is grim up north if this book is anything to go by! That said, it’s a unique and utterly gripping view of a North East which might not be on the tourist board’s website anytime soon but it should definitely be on your radar.

Much of the action takes place in and around DS Harri’s flat on the Quayside. Even that is grim- being on the fifth floor of a derelict building on an embankment shrouded in darkness. However she often goes jogging along the river and comments on the beauty of the Millennium Bridge with its hypnotic blue lights – “A poetic feat of balance and modern-day engineering” The dazzling lights reflected off the menacing water” A real contrast of a place then for an police officer to live. Run yourself along the banks of the river to the Free Trade Inn where she stops – it is  a nice view. 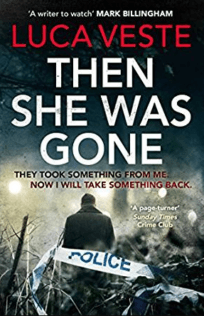 Liverpool has many famous exports – There’s the Beatles, Cilla Black and the man who invented Hornby trains, Dinky Toys and Meccano believe it or not!  Many things a city should be proud of. On the crime writing front, there’s also a very good crime writer who hails from these parts by the name of Luca Veste. Not a very Liverpudlian sounding name granted, but his writing and roots are firmly grounded in the city, its heritage, culture and its people.

His characters Murphy and Rossi  are well known in the city now too having worked through 4 books so far. Blood Stream looks at the world of social media stars whilst his latest Then She Was Gone, looks at what happens when a man takes his baby daughter for a walk when tragedy strikes.

Luca writes with skill and Scouse wit – he has more than an insight into criminology and psychology given his own background and study. It’s a fine mix for a crime writer to have and Luca’s characters are a mix of Northern grit and Italian feistyness and that makes for  a winning combination.

For more books set in these cities and more:

It really is good up North! Durham, Bradford, Liverpool…what else will you discover there with these three criminal guides to three very different but unique Northern landscapes?

On Wednesday 30 March 2022, Bloody Scotland Book Club will officially be a year old! We’ll be celebrating our first anniversary with a special Book Club featuring our festival co-founder,…