Scotland is known for its long dark winters, but spare a thought for those living in even colder climes. In Iceland or Norway, the landscape is often more snowy and icy – even the sun seems takes a holiday during the coldest months.

When you add gritty crime thrillers to these locations, well, the effect is chilling to the extreme. Dark Lands? These are the places where even darker deeds come to light. 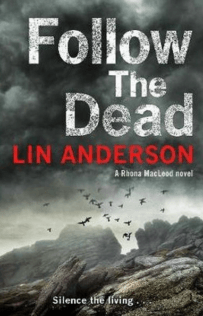 The home of forensic expert Rhona McLeod and the place where she works on the bones of the dead. In her latest outing, she starts off an investigation in the Cairngorms and ends up taking her search all the way to Norway. Linked by the Inverness Stavanger sea corridor, the countries appear to be linked in other, more dangerous ways too. And wait until you visit Loch A’an  – an exceedingly remote freshwater loch with more than a few secrets to divulge…

Two stunning landscapes separated by a wide, cold sea. But it’s the historical and geographical links which Lin Anderson really does well. Rhona has quite a task on her hands with this case!

With Rhona and her team huddled up in the Cairngorms or out in Norway, she might bump into Thomas Enger or journalist Henning Juul his main protagonist. Bet he could help Rhona with her research from his base in Oslo. He‘s more than used to tracking down criminals in cold, remote places. 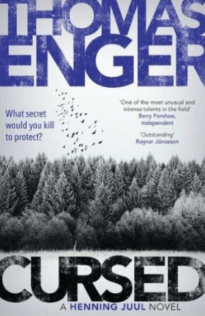 In the latest thriller from Enger, Juul is looking for his own person lost in the middle of nowhere. Hedda Hellberg heads off to a retreat in Italy, in order to grieve for her dead father, but when she fails to return, it turns out that there’s no proof that she ever got there. No proof that she even left Oslo!

Thomas has written four high-octane thrillers set in his native Norway and the latest one, Cursed, takes place in and around the Norwegian forests. Freaky, spooky and chilling; or at least it is in the hands of a Norwegian crime fiction king. 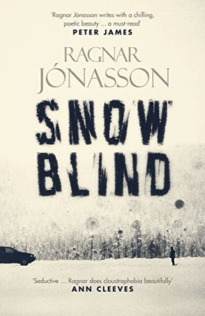 Over to Iceland now – are the chills are getting to you yet?  –  and a visit to the most remote and isolated place of them all – a town as remote and distant as you can imagine. A small place, which should be as peaceful as it is closed off from the world, but when crime arrives here, there’s only one way out. That way out is a tunnel separating Siglufjörður from the outside world and when the snow hits, it blocks any chance of access….or escape…

For a small village, there’s been a lot of criminal activity and dead bodies but only in the hands of Ragnar Jónasson. He studied Agatha Christie’s books and translated them to practice his English, a habit which led him to writing complex mysteries of his own. The atmosphere of this town is far  from St Mary Mead however – it’s dark and cold, and even when the sun never seems to set, the eerie setting is the backdrop for murder and Icelandic crime.

So, if you’re brave enough, wrap up warm when you sit and watch this panel. Bring a hat and scarf. There’s some exploring to do with these criminally cool landscapes.