Crime Book of the Year shortlist

Six of the best 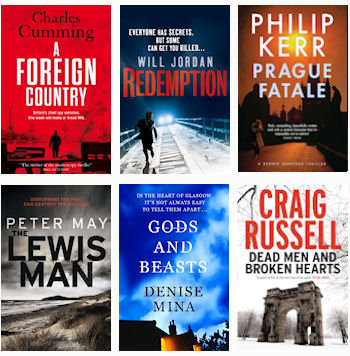 Broadcaster and journalist Sheena McDonald chairs the judging panel, and her fellow judges are Waterstones’ crime fiction expert Ewan Wilson and Len Wanner, author of The Crime Interviews Vol 1,2 and 3. The award is in association with Waterstones.

Congratulations to all six on the shortlist!

The Award seeks to recognise and reward excellence in Scottish crime writing, first published between 1 August 2011 and 31 July 2012. Over 40 books of fiction and non-fiction were submitted by UK publishers. Eligible books were by writers born in Scotland, by writers living in Scotland, or books set in Scotland.

Sponsored by The Glencairn Glass We are delighted to announce the winners for the McIlvanney Prize 2022 and the Bloody Scotland Debut Prize! The finalists for both prizes led a torchlit…