Practicing what you preach 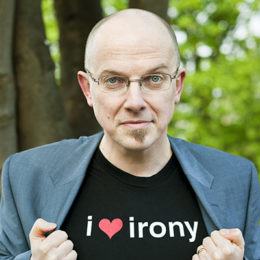 In the first of this year’s series of guest posts from crime writers and bloggers, we hear from Edinburgh Napier University MA Creative Writing programme leader and writer David Bishop who gives us insight into what it’s like writing under the Robert Louis Stevenson Fellowship and preparing a MA course for specialising in genre fiction, which includes crime.

I killed two people this morning – one with a dagger to his chest, the other an arrow wound – but Robert Louis Stevenson must take some blame for my murderous ways.

In the 1870s the celebrated Scottish writer spent several summers in Grez-sur-Loing, a village south of Paris that attracted creative types from around the world.

These days Grez is home to Hotel Chevillion, a retreat for artists, composers and writers. Each year Creative Scotland and the Scottish Book Trust award Robert Louis Stevenson Fellowships to four writers, enabling them to spend a month at Grez working on a project. To my surprise I was selected as a 2017 RLS Fellow, alongside such luminaries as poet and playwright Liz Lochhead.

I am repaying this kindness by killing as many people as possible.

Not in reality, of course – in prose.

For my project I am writing a historical crime novel called Safer To Be Feared, set in late Renaissance Florence. My sleuth is Captain Cesar Aldo, a law enforcer for the Otto di Guardia e Balia, Florence’s most powerful criminal court. He is also gay at a time when sodomy is a crime punishable by public humiliation, imprisonment, even execution.

I have been researching this novel for more than a decade, but never found the time to write it. When you usually create work to contract, setting aside months for a speculative project isn’t easy. But the RLS Fellowship is giving me the luxury of four weeks to write, write and write some more.

It is also forcing me to practice what I preach, as I’m programme leader for the MA Creative Writing programme at Edinburgh Napier University. We specialise in genre fiction, almost the only creative Writing MA in the UK or US that does. We love crime and mystery novels, not to mention fantasy narratives, horror stories, and science fiction.

One of our core principles is purpose. We argue every story should have a purpose underpinning its narrative. This goes beyond simply having a theme like diversity, sexism, or law and order. We ask students to define their sub-genre, and expect them to be reading it extensively.

We also challenge students to consider what they want readers to be doing while reading their stories, and what meaning they wish readers to take away after finishing each one. For example, do they want readers to be a detective piecing the story together from different elements, as in Graeme Macrae Burnet’s acclaimed novel His Bloody Project? Or are they asking readers to empathise with a protagonist, only to discover all is not as it seems, as in psychological thrillers like Gone Girl?

So my first task at Grez was to remind myself of the purpose underpinning my project: to write a historical mystery with a queer sleuth in a pre-Victorian setting, a rarely seen scenario; and to  challenge perceptions of Renaissance Florence, showing how it could be home to great artists like Michelangelo and the murderous manipulators detailed by Niccolo Machiavelli.

I’m aiming to draft the first 20,000 words of my novel during July. That’s nothing compared to Stevenson, who reputedly wrote The Strange Case of Dr Jekyll and Mr Hyde by hand in just six days – all 64,000 words of it! Of course, he was living in Bournemouth at the time…