Off the Beaten Track

Scotland’s darkest deeds aren’t confined to its mean streets in its even meaner cities. Think the Scottish countryside can be a nice place to get some rest and relaxation? Not if you’re in the hands of rural crime writers it’s not. 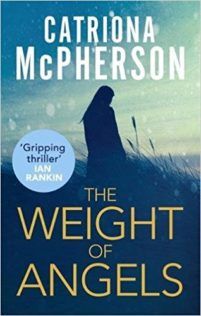 Take Dundrennan for example. It’s a lovely little village about five miles east of Kirkcudbright.  There’s only about 230 people living here and the most noticeable thing about it, are the ruins of Dundrennan Abbey, a 12th-century Cistercian monastery. However, allow Catriona to be your guide, and it takes on a very dark and disturbing tone. A dead body found in the ruins? A village on the edge and that’s before you factor in the e psychiatric facility nearby?

The setting of a real life abbey with history and heritage, mixed with murder and mystery is a very powerful one. Scotland’s small villages are noted for their serenity, they’re often located amongst some of the most stunning countryside in the world… but danger can lurk anywhere in the hands of a crime writer. 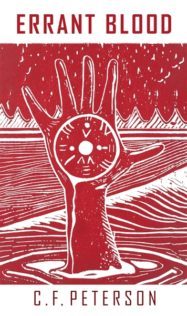 Even if the place you read about is fictional, a seasoned crime writer can place you there with their words. C.F. Peterson for example writes about Duncul as if it were the most creepy and damp place on earth. It has a castle where much of the action takes place, but this is no Manor of the Glen. Quite the opposite in fact.

Errant Blood is a tale of big city problems in a gothic, damp and remote Scottish castle. The story does take place across a rain -soaked winter in the Scottish Highlands though so there are some aspects of the novel you won’t find hard to imagine.

The fun of novels like this, set in fictional places which when evoked seem as real as any other, is finding the place where it could be. Duncul appears to be located close to Inverness so  there are many castles to visit up and down Loch Ness for example. If there aren’t enough fictional monsters in the novel, then there’s a very famous one in this loch! But then again… is it real?

Wyvis and the Scottish Highlands 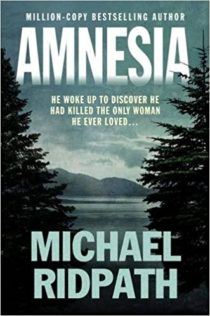 The furthest north of the them all, Michael Ridpath’s Amnesia which is set in the most mountainous part of Scotland – around the area of Wyvis and Loch Glass. A nice village and rural areas for climbing and walking without seeing a soul. A dead soul in this case of course but with a lake that reflects all the bad things going on around it.

The chilling realisation about this setting is the fact that It could be a place where older people might think of retiring to. Whichever path you take in your retirement plans, the author ensures that if you take the Ridpath, it’s going to be covered in blood. (Maybe his name is not a quirk of birth after all but is carefully chosen.)