How to Pitch Perfect

Pitching your novel in 100 words

As you may know, we’re running a competition called Pitch Perfect during Bloody Scotland. Details here.

To get you going, here’s Lin Anderson with some invaluable tips for writing the perfect pitch: 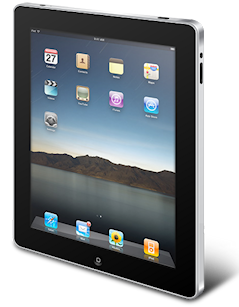 The aim of the competition is to select up to ten written pitches that intrigue the judges. You will then be offered the opportunity to pitch live. You will have three minutes to do this. You will receive feedback and two winners will be chosen, both of whom will receive an iPad as a prize. So it’s well worth the fear and the effort.

Now some pointers to help you focus on the main selling points of your wonderful crime novel and craft an exciting 100 words that will intrigue our judges enough to make them want to meet you in person and hear more.

A drama is a character in action. That character wants something desperately and must fight to get it. The obstacles preventing this get bigger and bigger as the story proceeds. Eventually they reach a resolution, not necessarily getting what they want, but what they need.

Get clear in your mind who your protagonist is. Try describing them to yourself, not what they look like, but by how they would behave in a given situation.

– What do they want?

– Who or what is preventing them?

– How do they succeed?

– To bring depth to your story, there will be internal as well as external conflict. Where these collide the real sparks fly.

The following is a short pitch, not for a novel, but a successful film noir. Insomnia.

Disgraced Swedish detective Jonas Engstrom travels to northern Norway to solve a brutal murder. Unable to sleep through the midnight sun, Engstrom quickly loses his grip on the case and his mind.

It’s a great pitch and it’s only 32 words, so you’ve got more words to play with than you think.

A disgraced Swedish detective arrives in Northern Norway to solve the brutal murder of a sexually precocious girl. Amid a swirling sea mist, his colleague becomes an accidental victim to Engstrom’s illegally held gun, shot in mistake for the killer. Rather than confess his own guilt, Engstrom uses his detection skills to frame the girl’s killer, a crime writer called Holt. But Holt knows the truth and threatens to reveal it. Driven to insanity by guilt and insomnia, Engstrom’s actions begin to mirror that of his prey. Only death will separate the two men, but whose death will that be? 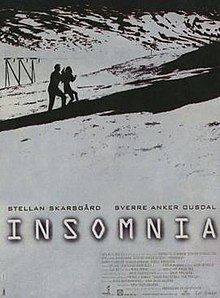 Okay, we know who the protagonist and a bit about him. He’s disgraced and carries a gun when he shouldn’t. This creates the inciting incident when he kills his friend and colleague. He lies, then has to cover up, using his detective skills to do this, all the time tortured by endless daylight. Then he discovers the killer know the truth and blackmails him. How does he resolve this dilemna?

This is where I believe my pitch doesn’t provide us with enough. In truth Engstrom and Holt are alike. They are both drawn sexually to vulnerable young women. Engstrom was found in bed with the chief witness in a case in Sweden, hence his disgrace. Both men have forensic knowledge they use to cover their crimes. Both believe their crimes to be accidents and they go so far as to team up to frame the girl’s boyfriend for her murder. There’s a lot I haven’t managed to get into the pitch, some of it important. How does it end?  Holt and Engstrom confront one another, Holt falls into water, hitting his head. Engstrom doesn’t pull him out. Engstrom’s part in his partner’s death is discovered by a female detective who doesn’t report him. He gets what he needs (absolution for the accidental killing of his colleague), not what he thought he wanted (that no one should find out the truth, at any cost).

If you know the film (I used the Swedish version), you could try and improve my pitch as a starter, or else set about your own. Books tend to be bigger and more complex than movies, so you need to hone in on the protagonist’s journey rather than talk about secondary characters. Remember you can’t get everything into 100 words, so leave the reader with a secret that’s yet to be revealed. If the judges seriously want to know the answer to that secret they will ask you to give them  more. Then you can fill in the missing bits of the jigsaw in your three minute pitch.

Finally, check out book pitches on amazon. Which ones make you want to read the book? Which ones pitch a book you have read and pitch it well?

It’s not easy, but hey you’re a writer, and as Lawrence Block says that means you tell lies for fun and profit.