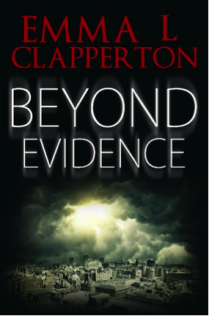 I have wanted to be a writer since I can remember, I was always writing stories, poems and even songs. On discovering I had an awful singing voice and my poetry wasn’t that great, I decided to stick to fiction. I remember writing a book when I was eleven which was inspired by the classic, Little Women. I cannot remember what I called it, or if it even had a title. All I really recall is that it was written in a little green book and of course was hand-written. Even if I knew where that book was now, I’m not sure I would want to read it.

Between the end of primary school in 1997 and 2008, I didn’t put pen to paper but instead turned my attention to reading the stories rather than write them.

My passion for books has developed since I was young, moving on from Roald Dahl, on to Jacqueline Wilson, Goosebumps and Point Horror books, then finally transitioning on to the real gritty stuff… Martina Cole and Mandasue Heller.

However, if we’re talking about writers who inspire us, then I am going to have to say that my ultimate inspiration comes from the late, great James Herbert. Mr Herbert’s Ghosts of Sleath just enthralled me from the first page, having found it in a cancer research shop for forty pence. His take on the supernatural element of the world spoke to me more than I can explain.

It was then that I decided I was going to write my own novel. That and I had also had a conversation with a colleague where she had told me her partner had been writing a novel which had been on-going for eight years. So I thought, why not?

I knew exactly what I wanted to write about… the supernatural. My initial idea was a simple sentence which went around in my head for a while before I began penning the novel; what would happen if a psychic medium were to help the police investigate a murder? I’m sure everyone would have their own answer to this, however I wanted to get my answer out there.

So, I attended psychic readings, I spoke with mediums, I watched a lot of supernatural investigation shows and I googled a lot of ‘post-mortem’ information, along with how the body decomposes. But a lot of the supernatural scenes came from my imagination and I pictured the scenes as though I were the protagonist of the book. I imagined ghostly figures lingering in the hallway of my house and tried to imagine how I would feel if this were really happening to me. My answer? Terrified!

I love writing about the supernatural, as it is right up my street. I love to terrify myself with supernatural things on television and I love to read a book and be scared witless. James Herbert certainly did that for me.

Beyond Evidence is all about psychic medium, Patrick McLaughlin being witness to the murders of three women in Glasgow… but he wasn’t actually there. Visions are being played out in his mind, the victims feeding through his psychic senses and screaming in silence for his help. But he can’t do it alone. Convincing the police that he can help isn’t going to be easy.

‘Beyond Evidence’ is published by Gallus Press and will be launched at 6.30pm on Thursday 12 November 2015 at Waterstones Argyle Street, Glasgow.