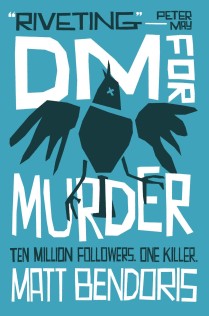 I’VE listened to many authors talking about the inspiration for their characters, revealing how they make them all up off the top of their heads.

Well, they’re obviously a lot smarter than me. I’ve got to actually meet my characters in real life before I can write about them.

So it helps that I’m a journalist, and have been for many years – over quarter of a century as it happens, which I know is hard to believe for one who looks so young…

In that time I’ve met every walk of life from rock stars and Hollywood actors to interviewing Big Issue sellers.

I’ve sat in shocked silence as The Krankies told for the first time about their days as swingers.

I’ve literally, not metaphorically, felt a shiver down my spine as a killer calmly told me how he murdered victims in cold blood.

And I was the only journalist to spend the whole day – and night – with Alex Salmond as his independence dreams bit the dust.

I’m not trying to blow my own trumpet, just make a point that without all these varied experiences I could not have written my new book DM For Murder.

The legal disclaimer is of course that each character in the book is a completely unrecognisable composite of folk I’ve met. That is actually true. (So if you think you find yourself in it, take my word for it. It’s not you!)

So in DM – that’s Direct Message for you non Twitter types – a British talk show host (take your pick) is murdered in the US. The problem is he’s had over 100,000 death threats.

I put my journalist hat on and thought what would actually happen if that was a real-life scenario? For starters the cops would have the logistical nightmare of trying to trace and interview everyone who had threatened the late television personality.

And since anyone can get access to the Tweets, it would lead to a massive free for all for journalists and media outlets, trawling through the myriad of messages.

Then there’s the Twitterati who would also be on the case, trying to find the culprit, like they did with the Boston bombers.

With that premise, I was off and running. I never got stuck or had a problem writing it at all – only finding the time to do it was the major obstacle, what with this pesky full-time job.

But if you are going to be a part-time author then you simply have to make the time, which I did, writing around 500 words a day on my iPhone on the morning train journey from Croy to Queen Street Station.

That’s nothing compared to the output of those full-time writers, but the way I figured, if I can do that five days a week, over a month, I’d have 10,000 words by the end of it that I didn’t have at the start.

The best bit for me though is I truly loved writing it. I had little idea of the plot when I started out. Instead it would come to me in dribs and drabs the more I tapped away at that tiny screen. I’m hoping if it was exciting to write, it will be exciting to read.

So that’s how I did it. Others, I know, have completely different methods. And of course if you’d like to discuss this more, then please come up for a chat at my launch night at Waterstones on Glasgow’s Argyle Street on Thursday July 30th.

Because who knows, you may just end up in my next novel.

‘DM for Murder’, published by Contraband, will be launched in Waterstones Argyle Street, Glasgow on Thursday July 30 at 7pm. Entry is free, please contact the store on 0141 248 4814 for further details. Matt’s other book ‘Killing With Confidence’ is also available.