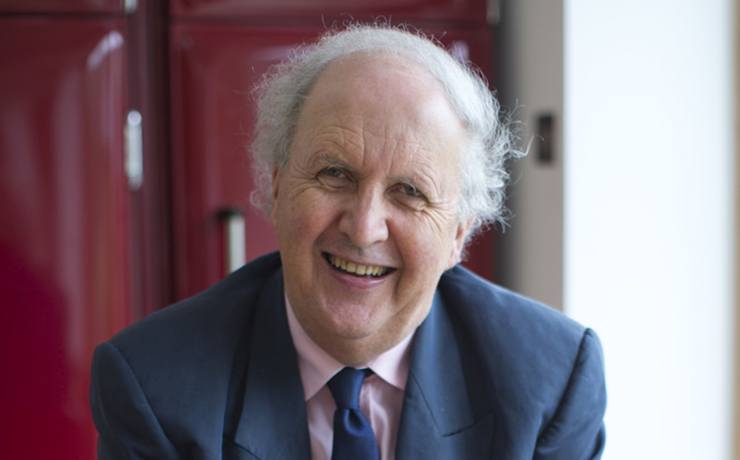 We’re delighted to announce that we will be launching the 2018 programme on June 4th in Stirling in the presence of one of Scotland’s best loved crime writers, Alexander McCall Smith.

The official programme launch on Monday 4 June will be followed by afternoon tea in the Ballroom of The Golden Lion Hotel in Stirling as Alexander McCall Smith celebrates the 20th anniversary of The No.1 Ladies’ Detective Agency.

Alexander McCall Smith says ‘I can’t think of any better way to celebrate 20 years of The No.1 Ladies’ Detective Agency than with afternoon tea at the launch of Scotland’s biggest crime book festival. I have always wanted to appear at Bloody Scotland & am glad we have managed to make it work as I’ll be in Botswana when the actual festival takes place.’

Not only will Bloody Scotland announce the line up for the 2018 festival, it will toast a milestone anniversary for one of Scotland’s greatest crime writers. Incredibly, it is 20 years since The No.1 Ladies’ Detective Agency was first published, introducing Precious Ramotswe to captivated audiences around the world. In the two decades since, Mma Ramotswe- along with Grace Makutsi and the excellent mechanic, Mr J L B Matekoni – have entertained us in a further 17 novels from Botswana. Their creator is as captivating as his characters.

Tickets are available here: http://culturestirling.org/events/alexander-mccall-smith/ or from the Albert Halls or The Toll Booth in Stirling.

We look forward to seeing you on June 4th!