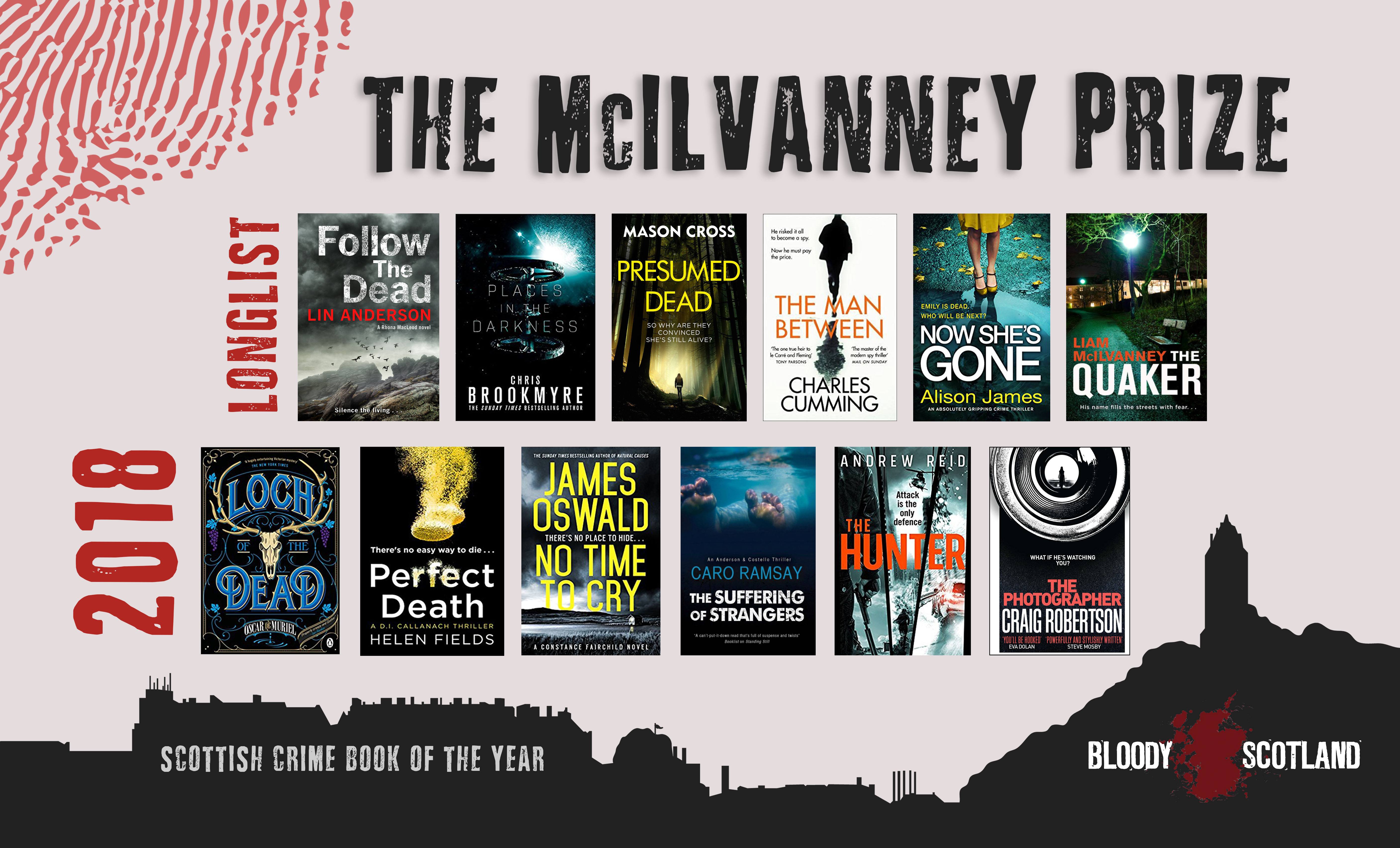 The readers have passed their judgement and we’ve collated the 2018 McIlvanney Prize longlist to be:

Forty-one years ago, William McIlvanney rocked the British literary world with Laidlaw, a gritty and socially conscious crime novel that brought Glasgow to life more vividly than anything before. This year’s longlistees for the McIlvanney Prize demonstrate how modern Scottish crime writing has flourished from those seeds. From debutants to authors with more than 20 books, spy thrillers to long-running detective series, nineteenth-century mysteries to futuristic space station noir, there’s an amazing range of talent on show.

The judges for the next round will be chaired by Craig Sisterson and include, Susan Calman who, like Craig, is joining the panel for a second year, and crime reviewer, Alison Flood.

The winner will be revealed on 21st September at the opening gala at the Church of the Holy Rude in Stirling, followed by a torchlight procession, similar to last year’s amazing event. You can grab your tickets to the opening gala, which is selling fast, right here.

Big congratulations to the longlist!

One With The Glass

When Glencairn Crystal Studio asked if it was possible, as part of their sponsorship of both the Bloody Scotland Debut Crime Book of the Year and the McIlvanney Prize for…