How to get to Stirling 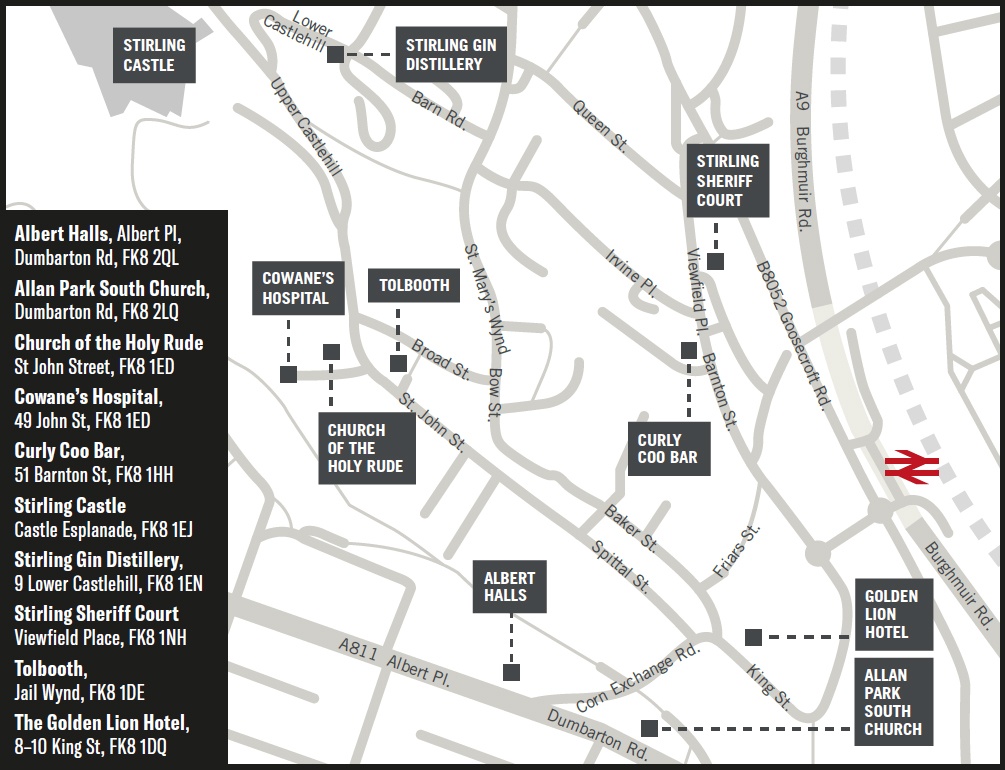 Stirling is a vibrant Scottish city just one hour from both Glasgow and Edinburgh. With so much to see and do in Stirling, it’s hard to know where to start so we recommend visiting www.yourstirling.com to plan your trip and itinerary.

Stirling is linked to Scotland’s motorway and trunk road network including the M9/A9 to Edinburgh, Perth and Inverness and the M80 to Glasgow.

If you are arriving by car, then leave the M9 from Junctions 9 or 10 and follow the signs for Stirling city centre. If using a sat nav the postcode is: FK8 2EA. (Please check at: www.thistlesstirling.com/car-park for any changes during the festival weekend as times may change).

There is an hourly non-stop coach service from Glasgow and Edinburgh, taking 40 minutes and 1 hour respectively, as well as regular bus services to the Scottish cities and towns like St Andrews and Perth. The modern bus station which has a café and left luggage lockers is open Mon-Sat 06.30-22.00 Sun 10.00-18.00.

Most travellers arrive at Edinburgh or Glasgow airports which all have branches of leading car hire operators and taxi services.

Edinburgh Airport has a 24 hour bus service, running every 10 mins at peak times and 30 mins at night. It leaves outside the terminal and stops at Haymarket Terrace for direct rail and bus services to Stirling. Journey time from airport to Haymarket approximately 25 minutes. Edinburgh Trams run services from every 7 minutes from the airport to Edinburgh city centre with a journey time of around 30 minutes. Services to the city centre operate between 06:18 – 22:48 hours.

Glasgow Airport has a quarter hourly bus service taking around 25 minutes to Glasgow city centre. It leaves from outside the terminal and stops at Buchanan Street Bus Station for direct services to Stirling. Queen Street Railway Station is a five minute walk.